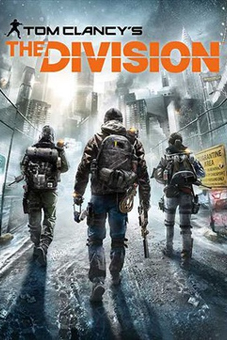 
PROJECT DESCRIPTION
Tom Clancy’s The Division is a revolutionary experience that combines robust RPG customization with tactical action combat. There’s never been a better time to jump in and join the fight to save NYC.


THE DIVISION - E3 Gameplay Reveal
ABOUT MY WORK
Having just graduated from The Game Assembly, I landed a level design internship at Ubisoft Massive, getting to work on the upcoming Tom Clancy's The Division. I was tasked with designing the open world locations in the Garment and Times Square districts, and supporting the mission-design teams that were utilizing the same districts.

The time at Ubisoft Massive allowed me to grow as a person and as a level designer, but also helped me gain a wider perspective of what game development is. I was also a driving part of a collaborated with the tools-department to make in-editor icons in Snowdrop, making in-game content (such as locations or loot) easily identified and parsed for production clarity - something that would provide very benificial when we would later work on the Survival DLC. The Division was a very exciting project and an amazing way of diving into the deep end of big budget game development.