JEDI KNIGHT - Footage of the unfinished playable area
ABOUT MY WORK
Both video games and the Star Wars franchise had a very big influence on me growing up, and the wealth of fantastic Star Wars games coming out during the 90's meant that I spent countless hours in the cockpit of Maarek Stele's Tie Fighter or fighting IG-88 as Dash Rendar in Shadows of the Empire - but the Star Wars games that I loved the most and that have had a longest lasting impression on me, where those of scoundrel turned Jedi Kyle Katarn. Dark Forces and especially it's sequel Jedi Knight was everything I wanted out of Star Wars and I still occasionally play them.

After learning to utilize the Unreal Engine while making What Never Was - I wanted to recreate the very first environment of Jedi Knight. The goal was not only to import the dimensions and gameplay spaces of the old game, but update it to what could be considered modern standards of level design, but to translate the bulky graphics of the 90s into a detailed and authentic Star Wars environment while staying true to the memory of the original game. 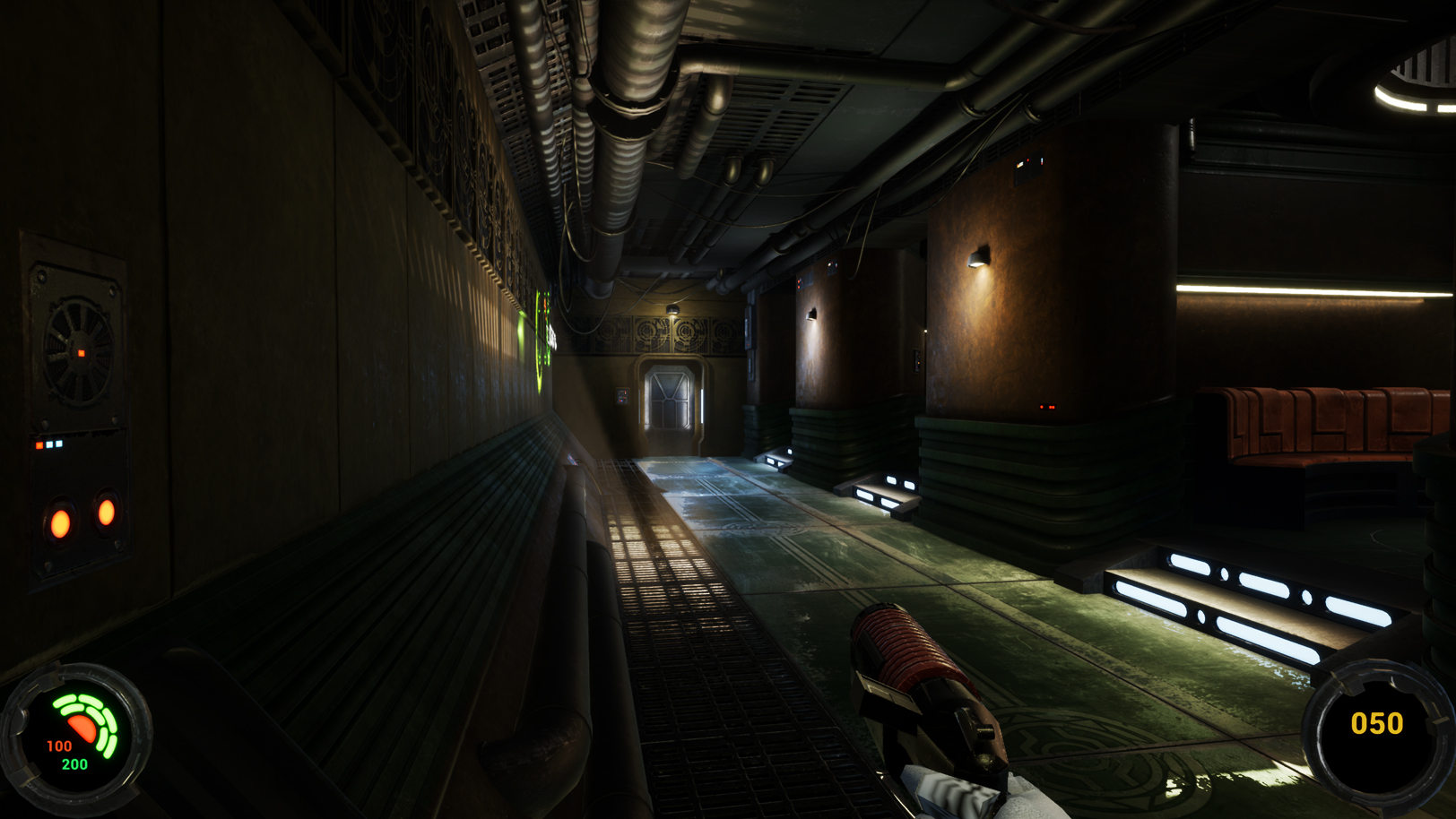 My rendition of the very first area of the game 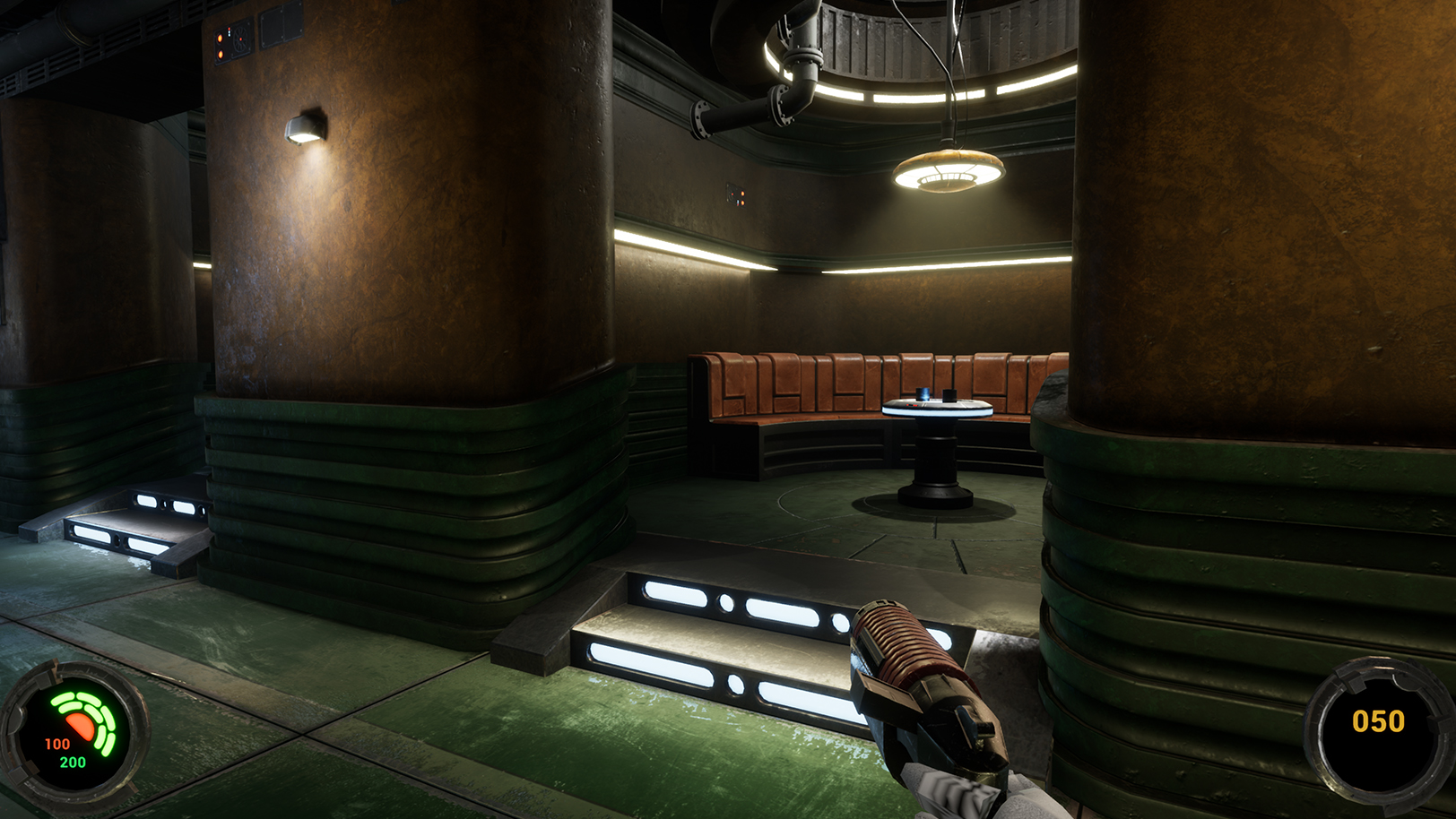 Looking into one of the bar booths 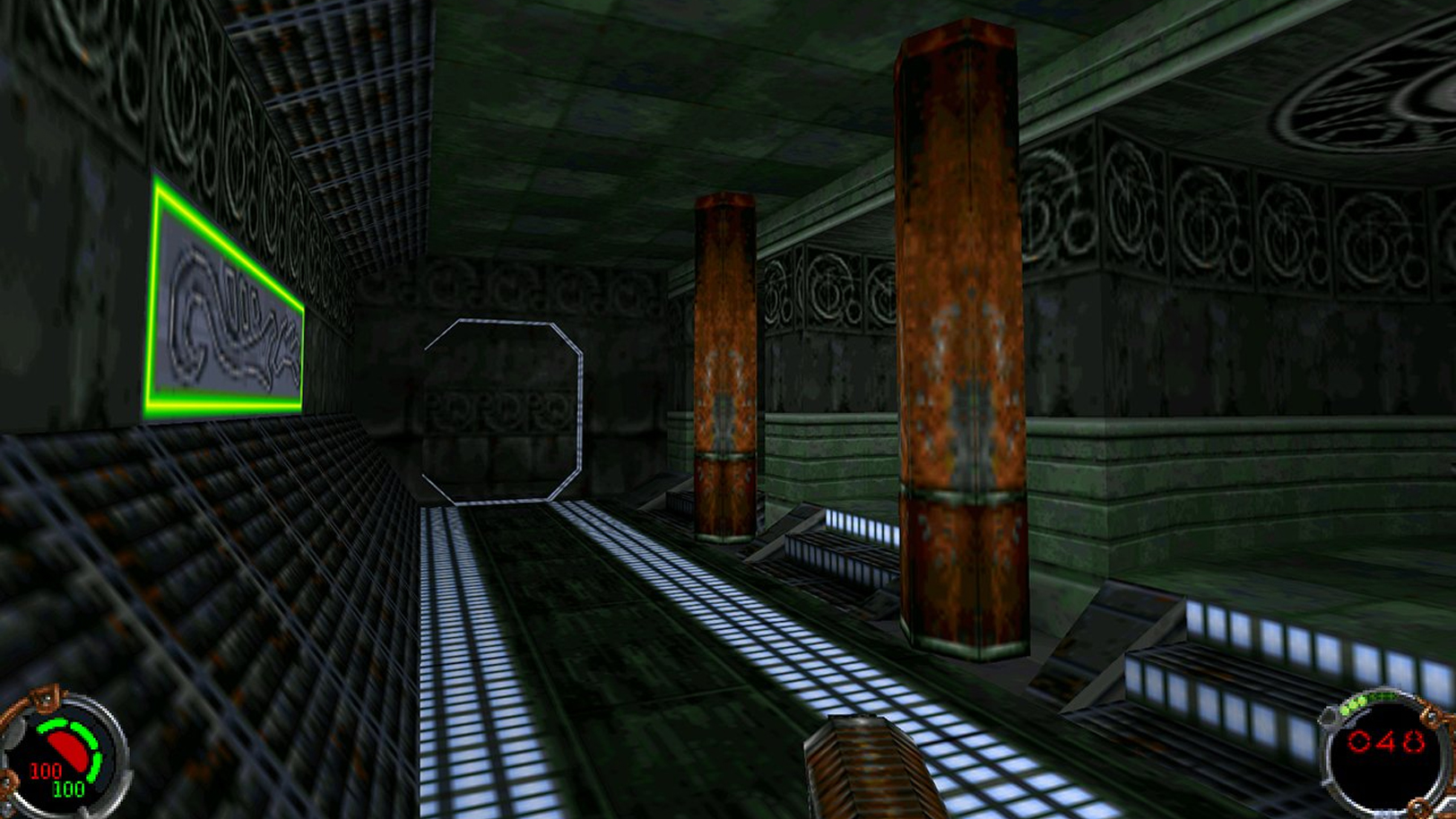 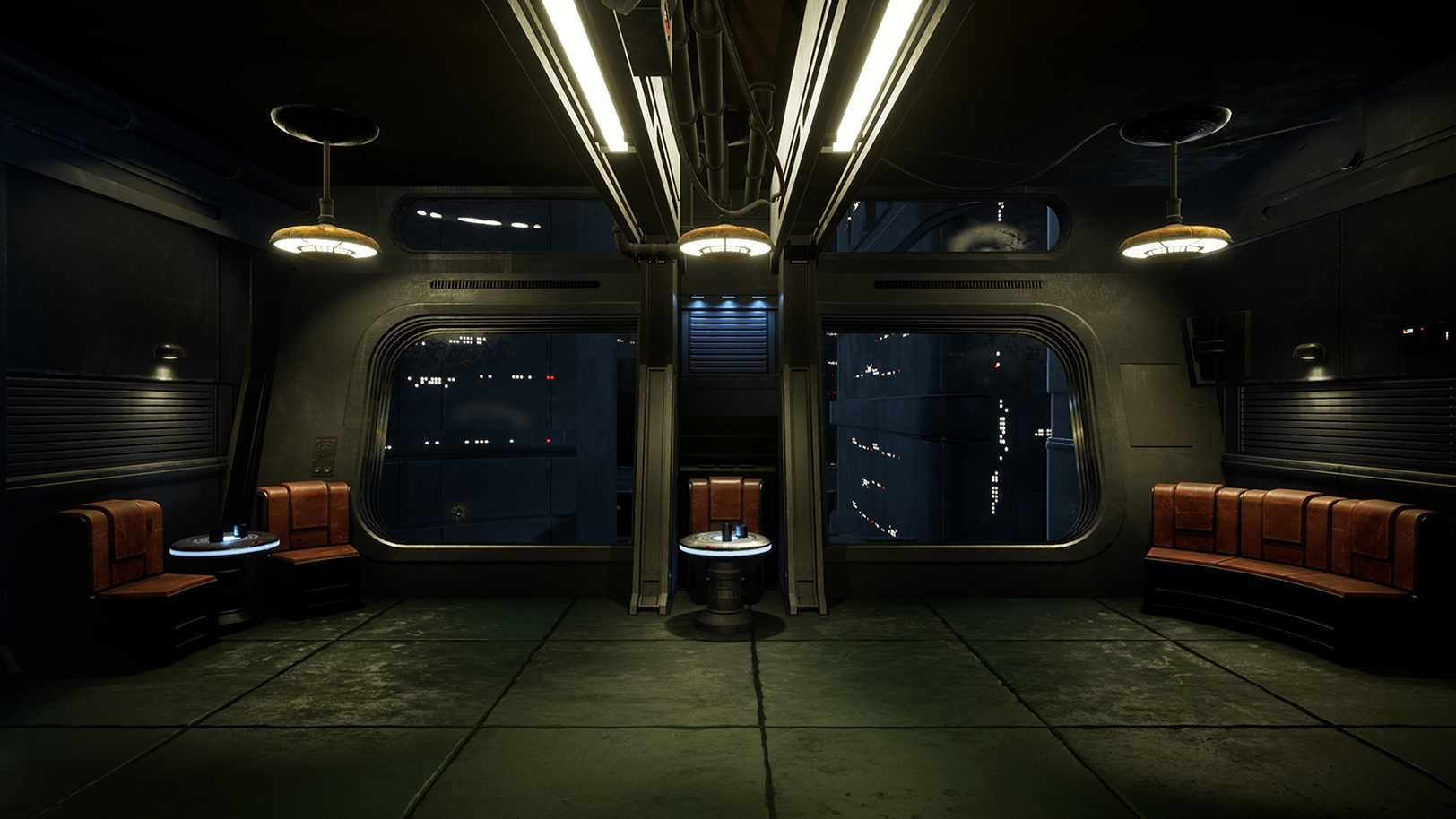 A top down view from inside one of the bar booths